Taking advantage of the opportunities created by the free flowing attacking rugby they are keen to play this season they lead 26-3 at half time with tries from Dave Mason, TJ Austin, Ben Archer and Craig Spencer, with 3 conversions from the boot of Ross Pickering.

Mellish continued to push hard in the 2nd half with a brace of tries from Will Creswell and TJ Austin collecting his 2nd of the game. All three conversions were a success for Ross Pickering giving Mellish a 47-3 victory and the perfect build up to their cup game at home vs Trentham this weekend.

Mellish 2nd XV travelled to Ollerton in the Pennant buoyed by last week’s win over Moderns. With a much changed side for Mellish 2’s as well. However, players gelled quickly and an all-round team performance was capped off with a victory away from home for the 1st time this season. Tries came from Billy Page (2), Jon Riekstins, Nick Gil, James Colton, Ryan Clarke and Sibu. Kevin Welsh added 4 conversions from 7.

The U-16s welcomed Ashfield to Mellish and in a hard fought game gained their first win of the season. Both teams started well and with 20 mins gone, Ashfield broke the deadlock with a well worked break down the wing. 5-0 to Ashfield. With it being a close encounter this is how it stayed until half time.
The lads matched Ashfield in every department and soon got on the score sheet, when half time sub, Ollie made a powerful run and break to cross the line. Adam converted to make the score 7-5 to Mellish. With tough tackling and great defensive work the lads battled hard to stay in front. Everyone put a hard shift in and where a credit to each other. With a clever kick, Mellish pushed Ashfield back deep into their 22, from the lineout, Ashfield made a mistake and Henry was first to the ball for a try. Again the team pushed on, and with the best move of the game, Mellish where awarded a free kick. With the opponents expecting a charge from the forwards into the corner, Jude quickly out thought them ran across field to score under the posts. A great try. Adam converted, 19-5. A great all round performance from the lads, the best they have played this season.
Well done to the U-16s

Mellish Under 15’s shuffled the deck against Ashby this weekend with a few players missing and started brightly taking a deserved lead through Curtis (getting his maiden try for the side). However, this just woke up the Ashby side and they played with more shape and structure against our rotated side, and once they hit their stride never looked back eventually running out victorious in the game. A big thanks to the players that stepped in and also played out of position. It will make selection more difficult for next week’s game vs Long Eaton away.

Mellish under 11’s travelled to Nottingham Casuals to take on the hosts under 11’s and Moderns under 11’s. Mellish proved too strong on the day by beating both sides with a great team performance on the day. 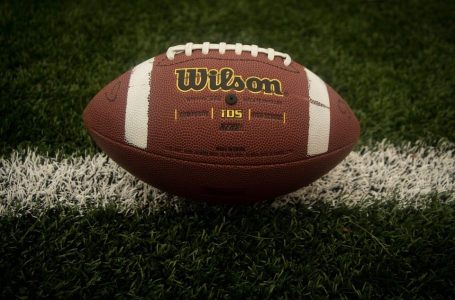 Get involved with the Colwick safari garage sale

Go slow: Call for traffic-calming measures on road ‘used like a race track’ outside Killisick