A proactive operation across Burton Joyce and Ravenshead targeting those who flout road safety laws has seen a driver arrested and others reported after being caught for traffic offences.

The operation, which took place on the A612 running through Burton Joyce and Main Road, Ravenshead, was the latest in a series of initiatives carried out across key areas of the Gedling borough.

A total of 10 vehicles were stopped during Saturday’s operation and the drivers were issued with traffic offence reports (TOR) meaning they could be asked to attend an educational programme, face a fine or be summoned to court.

Nine reports were issued in Burton Joyce, with three given for speeding offences, three for not wearing a seat belt, two for using a mobile phone while driving and a further report was issued for using a vehicle without the correct insurance.

A report was issued on Main Road in Ravenshead for using a vehicle without insurance. The driver was also arrested on suspicion of drug driving offences and their vehicle was seized. The driver has since been released under investigation.

Other recent operations conducted by Gedling Special Constables, resulting in action being taken against offending motorists, have taken place on the A60 Mansfield Road at Redhill, Carlton Hill at Carlton and Longdale Lane at Ravenshead.

RELATED ARTICLES:
Watch out for these roadworks across Gedling borough over the next week

“Speeding is one of the local policing priorities we are tackling, based on feedback from members of the public, and more operations are planned as we continue to address their concerns.

“Excessive speed is identified as one of the ‘Fatal Four’ main causes of collisions resulting in fatal or serious injury.

“The careless and dangerous actions of one motorist can have devastating effects on the lives of others.

“We’re urging motorists to travel within the speed limit, pay attention and take care at all times and to ensure their vehicles are in good condition and winter-ready before heading out on to the roads.

”Saturday’s activity is just another example of how the force’s Operation Reacher team is responding to priority issues raised by the public.

“The new officers, in a team of seven, are being used to react quickly to community concerns, increase the pressure on local criminal networks and build confidence in local communities.

“They will continue to react dynamically to community concerns and build trust and confidence that the police will stand shoulder-to-shoulder with residents to make our communities safer.” 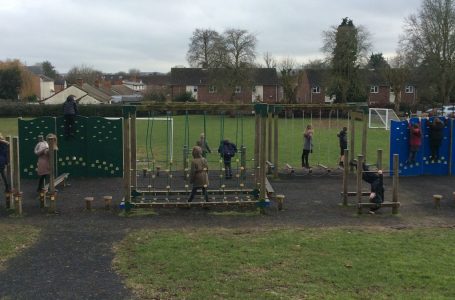 Arnold councillors launch campaign to save church earmarked for demolition

‘A true legend’:Tributes flood in for Carlton Town club stalwart