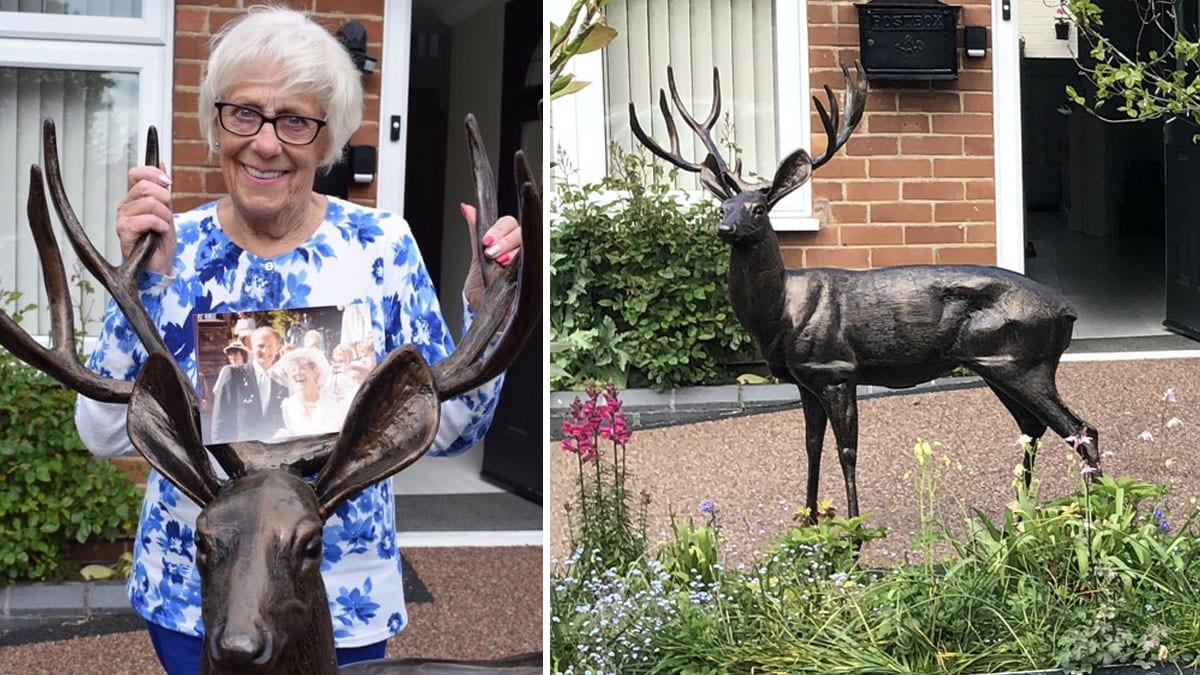 A community has rallied round to fund a replacement for a memorial statue stolen from a pensioner’s garden in Burton Joyce.

The statue of a stag, which was bolted into a cement platform, was stolen from the garden of resident Dorothy Pinkett and was part of a memorial to her late husband.

Local resident Tony Bryan decided to set up a crowdfunding page and fund a replacement and villagers quickly chipped in, raising over £900 for a replacement statue in just eight hours.

They also fitted CCTV at the pensioner’s home to help prevent further thefts in the future.

Trent Valley councillors Sam Smith and Michael Adams, who cover Burton Joyce, have been raising publicity for the campaign after being alerted to the theft and the pair also joined residents this morning to see the replacement statue being fitted.

Cllr Smith said “The stag is more than just a garden ornament, it had irreplaceable sentimental value and all three deer are a part of the village and popular with local children and adults alike.

“It is often dressed up to mark special occasions with residents across Trent Valley regularly walking past to admire them.”

The new stag was fitted today, after being delivered all the way from Stanstead, where the original was purchased.

In a joint statement, Cllrs Smith and Adams thanked residents for setting up the campaign.

They said: “Thanks to the amazing contributions and support of Burton Joyce residents, a new stag and memorial is back in the garden and our village.

“Despite this awful theft, it’s been lovely to see the support for this from across the village.

“We thank everyone who helped make this happen and look forward to seeing the stags VE75 outfit.

Nottinghamshire Police told Gedling Eye they are appealing for witnesses and information following the theft.

They said the crime was reported at around 9am on April 30, 2020 after the life sized garden ornament was taken.

Neighbourhood Inspector Chris Pearson said: “We were saddened to hear that the memorial statue was taken and we are working hard to try and track down the offenders.

“We believe the statue was taken on the night of 29 April 2020 from the garden on Main Road in Burton Joyce.

“At the moment, we have no suspects, so we need the public’s help to try and find out who took the statue.

“Were you in the area that night? Did you see anything suspicious?

“You may have seen the statue for sale or been offered the item? 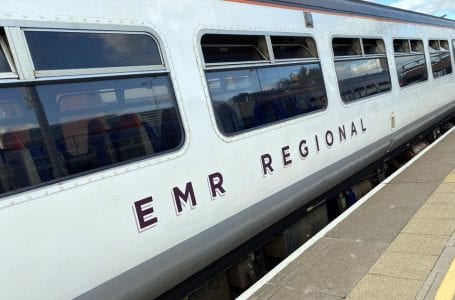 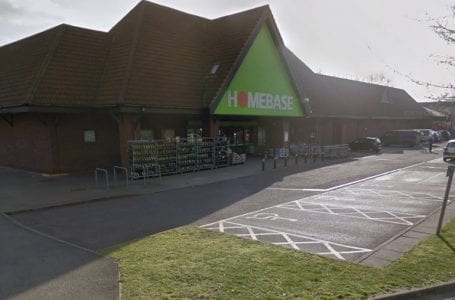